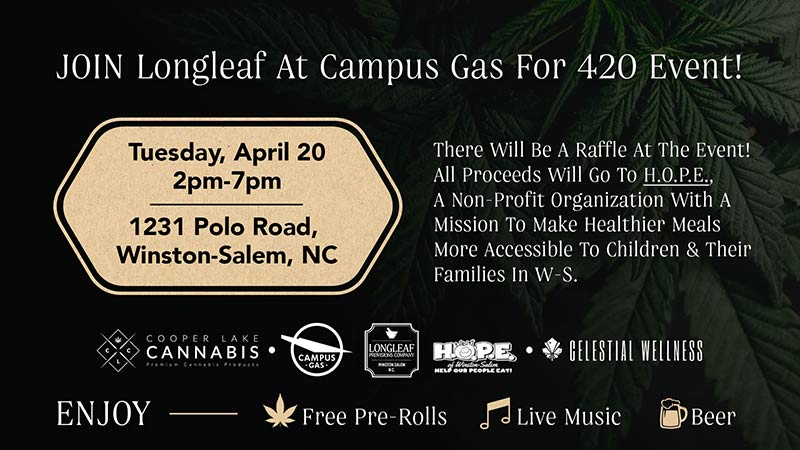 With more and more states and countries legalizing marijuana, it’s natural that more people are becoming more interested in it. More people are also trying it because it is available in many different forms.

Cannabis is also made into oils, lotions, and other topicals to use for skin care, burns, moisturizers and much more. It’s available in edibles, used in baking, and vaped, smoked, and even chewed.

Four twenty has become synonymous with smoking marijuana. It can refer to the time of day and also April 20th. Both the day and the date are recognized as a time to celebrate weed.

The origin of the term 420 seems to stem from a group of five highschool students in  San Rafael, California who believed there was a hidden crop of pot plants near their school.

They would meet at a statue on the school grounds at 4:20 and together would go searching for the long long crop. If you have ever heard the name ‘Waldo’ used in conjunction with 420, it is because they referred to themselves as the Waldos.

Their usual hangout was at a wall on the school property where they all went. It’s assumed they never found the crop but the time stuck and became associated with cannabis.

Since the Waldos started with the meet time of 4:20 in 1971, it is still used to determine a socially acceptable time of day to get high. A writer for a magazine dedicated to weed popularized the Waldos and 4:20 about 20 years later.

Just like the phrase, ‘It’s 5 o’clock somewhere’ refers to it being an acceptable time to have an alcoholic drink, when someone says, it’s 4:20, this indicates that it’s ‘high time’.

As marijuana enthusiasts grew and adopted the time of 4:20, this spread into April 20th being a major celebration. It is a day when pot smokers and users gather in defiance of the law to light up.

It is a celebration and a peaceful protest to encourage lawmakers to loosen the laws around marijuana and decriminalise it. And even though many states and counties are doing just that, the day has become a celebration and will likely remain so.

As more states and countries are relaxing the laws around cannabis use, more people are able to discover the wonders of it, in all of it’s forms. If you are in the Winston-Salem area, why not stop by and say hello.