The Positive Effects of CBD Oil 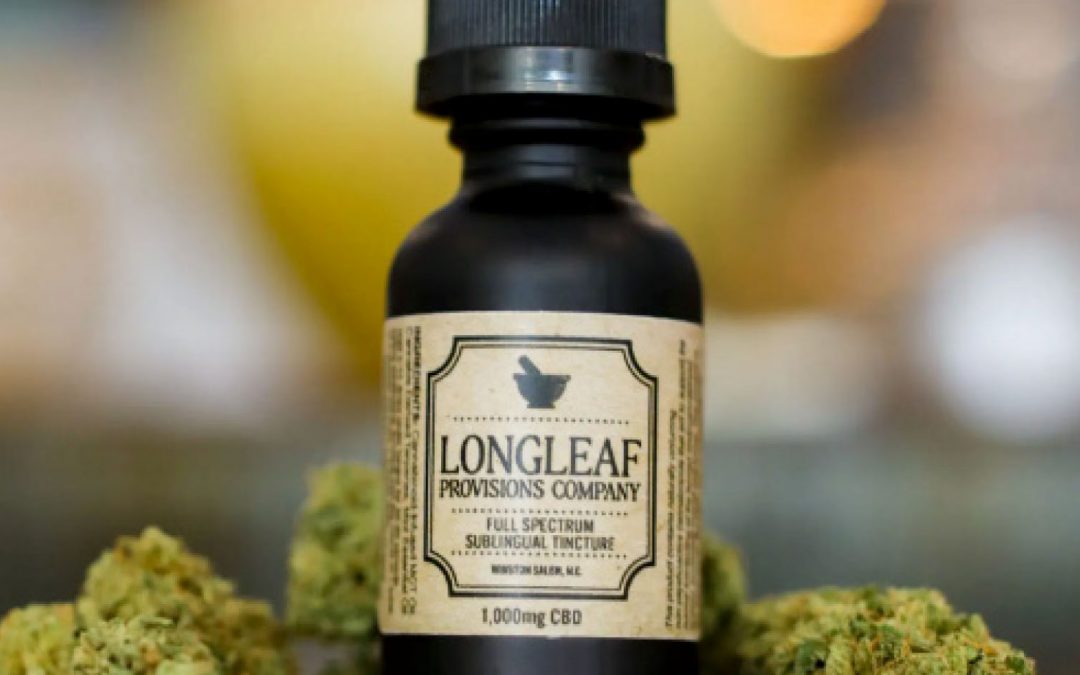 The Positive Effects of CBD Oil

Even though it has been several decades since the first state legalized medical cannabis, states such as North Carolina are far behind! Thankfully, products such as CBD oil still have seen an increase in use in the past few years since the passage of the Farm Bill Act. However, one reason for the slow growth is due to the lack of information available to consumers. Another is the lack of quality product available on the market. Here at Long Leaf Pro we have made it our mission to introduce and educate customers on the benefits that cannabis products, like CBD oil can have on the body.

Many people may have heard of CBD oil before, but few people actually know what it is or where it comes from. CBD is a versatile, natural compound found in the Cannabis plant that can be used for edibles, tinctures, capsules, or vaping. CBD also lacks the psychoactive component that accompanies the use of other parts of the plant. Since it lacks the chemicals that can result in negative side effects, you can use the product and enjoy the health benefits safely.

One of the main reasons why people are starting to turn to CBD oil is its effectiveness as a natural medical alternative. Several customers have come to us in the past expressing that the side effects of the medicine they are taking for illnesses such as multiple sclerosis, PTSD, epilepsy, and chronic pain are sometimes worse than the disease itself. For some patients, by switching to CBD oil they started to experience less pain without the negative side effects from their prior medication.

CBD oil has also been proven through numerous studies to act as an anti-inflammatory and anti-anxiolytic. This combination has helped to provide thousands of our customers with a natural way to relieve stress, anxiety, and pain. Products such as CBD Elderberry Syrup are also a great way to keep and maintain a healthy immune system.

All these benefits are made possible by the cannabinoids that are found in CBD. These special chemicals move across the body and locate specific receptors to interact with. The result of this connection is a boost in body immunity and an increase in chemical production through each system.

The Science Behind How CBD Interacts with Your Body

As mentioned before, CBD oil creates an effect on the body by interacting with the endocannabinoid system. It is in this system that the body regulates homeostasis in an effort to help adapt to any outside stressors. Naturally our bodies produce neurotransmitters and proteins in the endocannabinoid system constantly throughout our lives. CBD, a type of phytocannabinoid, mimics these cells and acts similar to a supplement, giving the entire system a boost.

Cannabinoid receptors can be found throughout the reproductive, nervous, digestive, and immune systems. With its endless connections, cannabinoids have been seen as a way to clean and cure the entire body. Studies have found that they can help with regulating mitochondrial function, metabolism, neurotransmitter function, and inflammation.

Since gaining popularity, there have been thousands of people who have reported seeing benefits from CBD oil. Some of those effects include:

One of the biggest benefits that is becoming more popular among herbalists and doctors alike, is using CBD oil to treat seizures and epilepsy. Recently, the FDA approved a special CBD oral solution as a treatment option for two different forms of epilepsy. Several studies that have been done throughout the past decade have shown that the substance effectively reduced the number of seizures in children who had epilepsy. Some parents even reported that their child had improved alertness, sleep, and mood after receiving an extended CBD oil treatment.

Another upcoming treatment that has shown some potential is the use of CBD oil to help with fighting cancer. In the past THC had been looked at as a potential weapon against cancer cells, but the effects of the drug ultimately ruled it out. CBD on the other hand, lacks the THC component making it an interesting option in helping with the symptoms brought on by the disease. As more research is conducted, there is a chance that we see CBD play a part in cancer treatment plans in the future.

Even though there are a number of positive benefits that come with using the substance it is important to take a look at some of the side effects as well. Most notably the side effects consist of nausea, dry mouth, vomiting, diarrhea, and bloating. None of these are major side effects and for those who do experience any of them, symptoms tend to subside within 2 to 4 hours. However, it is imperative that if you have any side effects, no matter how minor, go see your doctor right away.

Getting Started with CBD

As you can see there are an abundance of positive effects CBD can have on both your physical and mental health. From boosting your immune system to helping with chronic pain. One of the best things about CBD is its versatility to be used in unique ways. For example, the Standard Apothecary Fizzy Packet not only provides you with the benefits of CBD, vitamins, minerals, and organic fruit but it tastes delicious as well! For information on CBD products and their benefits, visit our blog or reach out to us directly by emailing info@longleafpro.com. Someone will answer your questions within 2 business days.